Hall of Fame running back who starred for the San Diego Chargers from 2001 to 2009, winning two rushing titles while being selected to five Pro Bowls. In 2006, he set the single season NFL record with 31 combined rushing and receiving touchdowns.

He played college football at Texas Christian University, where he set a single game record in 1999 with 406 rushing yards. The record stood until 2014, when is was broken by Gordon and Perine.

He became the second player in NFL history, after Moore, to score a touchdown in 18 consecutive NFL games.

He married LaTorsha Oakley on March 21, 2003. The couple has a son named Daylen.

He and Brees were both drafted by the Chargers in 2001 and helped turn the struggling franchise around. 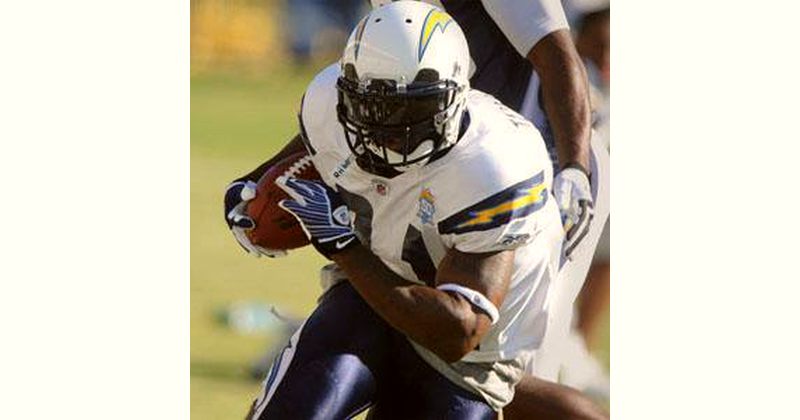 How old is Ladainian Tomlinson?