Surrealist artist known for such works as his painting The Persistence of Memory, which depicts a melting clock and other dreamlike images. His eccentric and flamboyant appearance included a mustache that was inspired by Velazquez, the 17th century Spanish painter.

He was a student at the Real Academia de Bellas Artes de San Fernando after moving to Madrid in 1922. He was expelled in 1926, the same year he painted The Basket of Bread, which was remarkable for its stark realism.

He was known primarily as a visual artist, but he also delved into the film world, co-creating a short, surrealist cinematic work called Un Chien Andalou with Bunuel in 1929.

He was told by his parents when he was five years old that he was the reincarnation of his deceased older brother, and he retained this belief throughout his life. He married the Russian-born Elena Ivanovna Diakonova, also known as Gala, in 1934. She was the muse for, and subject of, his sculpture Gala in the Window, from 1933. 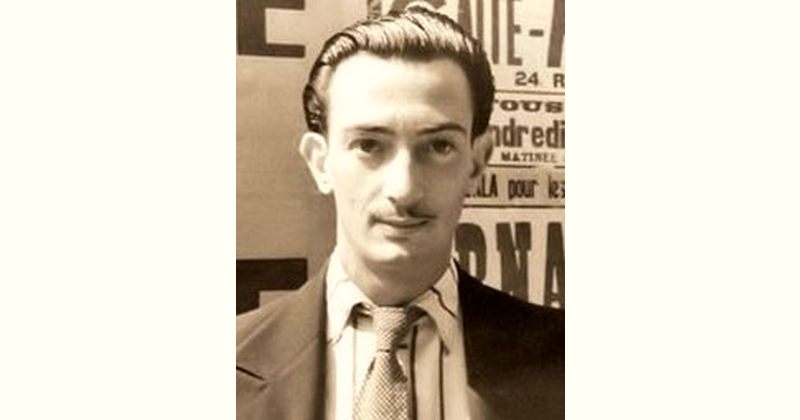 How old is Salvador Dali?